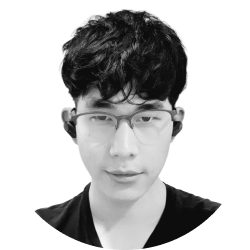 Conferences, events, expensive exchanges, the promise of eliminating the 9 to 5 routine and lavish spending. These thoughts never exist among the unbanked. The Unbanked crisis in Venezuela never asked for 1,000,000 TPS, or A.I hybrid chain or some funny tech terms that are only understandable among highly educated people.

I have spoken to people from countries that suffer from inflation due to certain circumstances. All they wanted was an alternative to their local currency that they can rely on, an alternative currency that works like money. That comes to this question, how money works? By exchanging rectangular papers with whatever you like. Both you, the buyer, and the seller agrees upon the number on the paper, and, is it done. Ever stumbled on someone whispering to themselves on how amazing this rectangular money is? Most probably you ever heard, ‘This is my pocket money!’, ‘I wish I could have more!’. I have never come across people whispering things like, ‘My Japanese Yens is faster than your US dollar.’ and ‘My store accepts more than 20 different currencies.’.

Not only that, lately, I found myself being unable to understand how is the crypto evolution ever going to connect and help the unbanked. Even for the banked, over 99% of merchants would not accept too many different foreign currencies, you heard that right, REAL MONEY from different countries in their business. Why would most crypto companies assume otherwise?

Creating tokens out of thin air.

For traditional companies, holding shares equals in owning a part of a company. Plus, there are perks and reasons for buying shares besides the potential growth in price. However, this is not the same for cryptocurrencies. Holding 1,000 ETH makes no different from holding 10 ETH besides the value of the portfolio. Traditional shares are dependent on the growth, earning and public perception of the company. More than 90% of blockchain companies do not even make a single cent, or even the effort to generate revenue. Intentionally or not, blockchain companies have taken advantages of first-time investors and trick them into thinking the token will grow at the rate of 100X per year. Meanwhile, most tokens are not even applicable in the real world.

Not in touch with reality

I may not be in touch of how amazing of some of the technology of what blockchain could offer. The entire blockchain space is similar to CRISPR, the promise in curing cancer and changing the human body into a machine. What happens during the first trial? CRISPR caused colossal damage in the cell mutation. Most founders and crypto enthusiast often yell about how much the banks are evil, and yet, failed to provide a working solution that works in the real world. Instead, only providing solutions to problems that never exist such as a high-speed transaction that out beats VISA TPS. Given the number of people who pays via Visa or Mastercard using fiat money, it makes sense to scale accordingly to the number of users of the fiat currencies. However, this is not the case for most blockchain companies. Most blockchain companies strive to achieve high TPS without even having the similar numbers of users as Visa.

There is one delusion that never fails to amaze me. Which is the limited usage of tokens in the entire ecosystem. For example, IOTA, the underlying technology, Tangle, does not need nor rely on IOTA token to develop great IOT solutions. IOTA is there, for nothing. Even if it used on micropayment, you wouldn’t pay foreign currencies on your current subscription plans. Imagine you are a U.S citizen, and you are paying Taco Bell meals in Japanese Yen instead of the Dollar. It makes no sense.

Remember when you were young and your parents brought you to a science convention? Most likely you will read about how technology changes the world and its contribution to today’s world. All the experiments and knowledge to make you a better person, at the same time, contributing to the society. But, when it comes to blockchain convention, instead of learning how the technology can change the world, you are constantly being reminded of the price, moon, community, partnership and when and where to buy the token.

The best way to encourage people to be a part of the blockchain movement is to create solutions for existing problems, such as tackling extreme inflation caused by corrupted governments or sending money to anyone in the world without regulations or barriers. That is why Bitcoin works today with the introduction of lightning network (LN) in reducing transaction time and fees after its number of users have grown throughout the years. For any blockchain companies out there, most likely, a token was never needed in the first place.

Increase your product success with our UX experts

Thank you! Your submission has been received!
Oops! Something went wrong while submitting the form.

Motion As A Skill To Leverage Product Design

Discover the relationship between motion design and UX.

Zensite Collection: The world around during the lockdown, free illustrations for your personal use.

One of our team will get in touch with you to go through and suggest ways to improve your product for free!

UX Design Agency for Web Design & Mobile App. Schedule a call with us or email today.